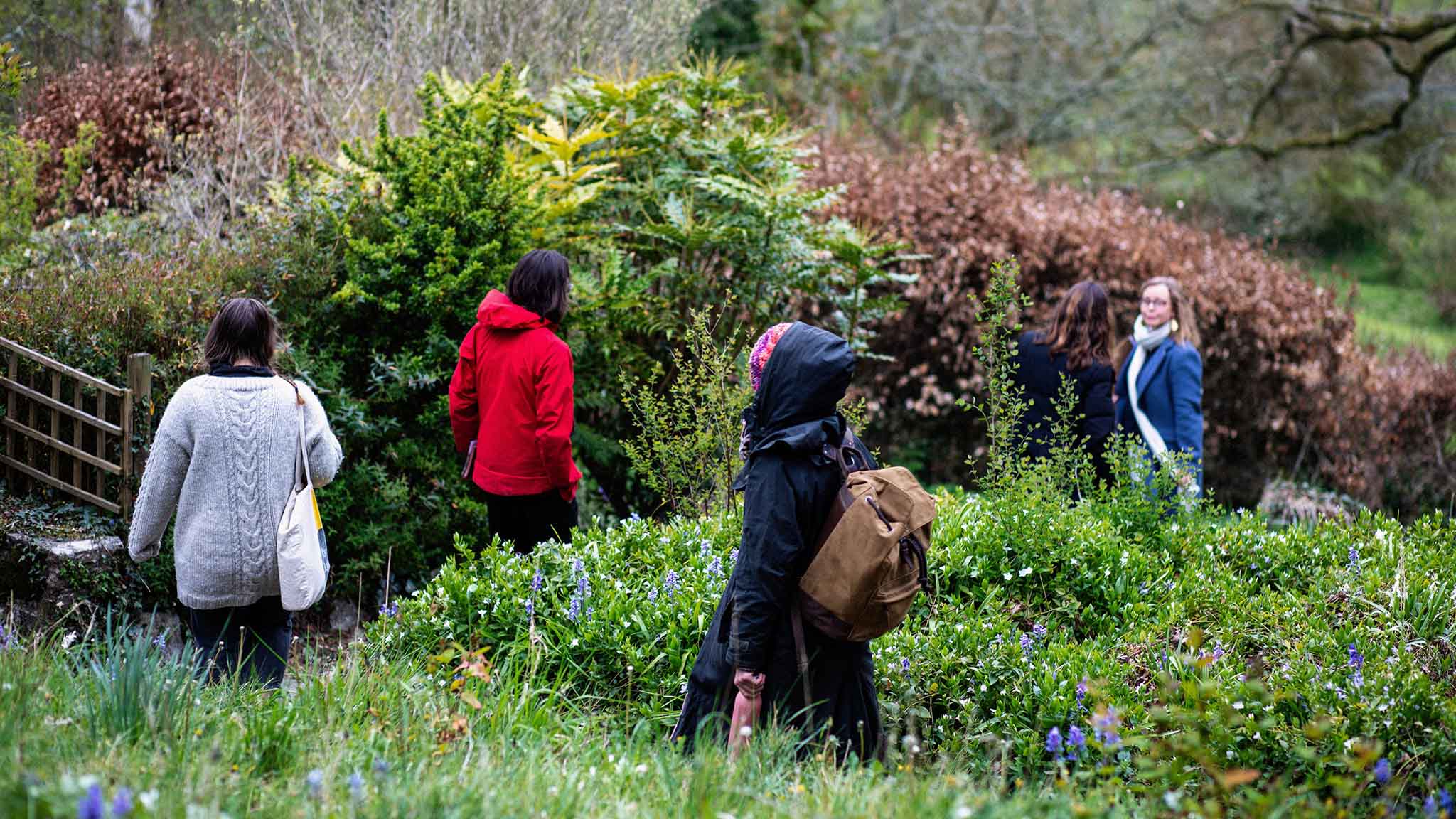 Tracey Warr: Can we begin by talking about your work way from home which started in 2002 and which is still going on. Can you describe what happened in that project and how it has evolved?

Misha Myers: That project is based around a set of instructions which I devised and that invite a participant to make a map of a journey from a place that they consider home to a special place that’s nearby. They then take a walk in a different place following this map and transposing the landmarks on the map onto this new place. This project developed through contact I made with inhabitants of Plymouth who are refugees and asylum seekers and with refugee support workers. In the build up to the war in Iraq, I invited support workers who were also refugees themselves to do this walk with me so that they were transposing their remembered homes onto Plymouth. The work later evolved into a digital artwork, which presented the maps and audio recordings of a selection of walks in an interactive interface.

TW: Could you give me an example of how one of the participants worked with the instructions and this process that you constructed?

MM: Everyone who has done the walks has reinterpreted the instructions in some way, which is what I’m really interested in—the way the instructions are propositional and invite a conversation. The first walk that I did was with a young Kurdish man on the day that the war in Iraq began. Ships were leaving the Plymouth Sound for Iraq and we were walking along the Hoe in Plymouth where the military citadel is located. Following the route on his home map we passed Saddam’s Palace, which became overlaid with the Plymouth Royal Citadel in an uncanny juxtaposition. In another walk with a man from the Congo the Social Security Office in Plymouth was transposed with his primary school. He made the associative link that these were both places of knowledge and learning for him– one in his present and the other in his past. He suggested that coming to a new country was like being a child again, having to learn all over again how to live and this office was a significant place of this kind of learning. So these juxtapositions, which might have personal resonances for the walker, become points of conversations where different experiences are spontaneously shared with me as a witness of the walk.

TW: So you have what you have described as a double exposure of place going on where one place is transposed onto another, the places of memories are overlaid onto the places of immediate experience, and that’s a tactic that has occurred in several of your works isn’t it? It happened in Yodel Rodeo as well where you were overlaying the American South West onto Exeter.

MM: Yes. In that piece I guided a walk along the remains of the old Roman walls of Exeter by singing and yodelling traditional American cowboy ballads with the lyrics replaced with place names, past and present events and details of histories and geographies of places in the landscape around and within the walls. A line dance company from Exeter, the Montgomery Mavericks, accompanied me on the walk performing line dance interludes along the way. In this performance the South West of England was transposed with the mythological Wild West landscape of the US. I’m interested in this experience of displacement, an experience I’ve had in the process of orientating myself to this new and strange country as a migrant and through my work I’ve found that it’s an experience that other migrants share. The memory of past familiar places are collaged to make the new place less strange and to create landmarks that are more easily identified with. This is what seemed particularly relevant to the refugees I initially began working with on the way from home project. They related to this way of identifying place through this double exposure or displacement of experience and mapping it onto things and renaming it. Of course, it’s also a colonial tool or strategy of colonising places to rename them. The names and landmarks of the prior or present occupants of an occupied territory are erased and replaced with the coloniser’s familiar place names. This is written all over the American landscape by the Europeans. So in the context of working with refugees it was an alternative strategy of subverting that. The two coincide.

MM: In Yodel Rodeo I was initially interested in the sound of the voice as a way of experiencing, navigating and mapping space. My original idea was to perform at night when there would have been more echo, but the work shifted to include collaborations and sites that required a daytime performance. While there wasn’t the same lonesome sound in the piece that I was initially interested in, a lonesomeness that mirrored how I was feeling at the time as a foreigner in the UK, there was still this sense of the voice navigating and mapping the city. I tried to sustain different yodels all along the walk, exploring the way my voice would meet particular architectural spaces or features of the cityscape. Sometimes there were resonant quiet places that felt easy and supportive on the voice and others presented the challenge to cut through the bustle. After three hours of this, I also felt the impact of the city on my voice, a kind of wounding. In Hevva Hevva I was calling out the directions of the semaphore as I was performing them. I was facing the sea at the edge of the Penzance lido. The lido amplified the sound, which created a strange sense of disembodiment and enlargement. With walking, like the singing, there’s mutual impact. The walking leaves traces in the environment and the environment is felt in the body; sometimes there’s the joy of gravity on a downward slope and other times there is the pain of a blistered toe or weary knees.

TW: With this performative mapping using voice and movement you end up with a form of mapping that is fluid and expansive rather than fixed and reductive. Rather than pinning something down in the way that a visual map functions with fixed coordinates, you develop a fluid map where there is a constant dynamic responsiveness between the space and the people moving through the space.

MM: I’m more interested in processes of wayfinding than maps or map-making. In wayfinding, as I see it, there is an embodied and sensorial process of responding to and negotiating with the immediate environment as it is in the present moment and in relationship to past knowledge of a particular route or landscape. The map is fixed in time while the landscape has necessarily changed. The wayfarer is in the flow of time and must negotiate those gaps between a mapped landscape that is in the past and the changed and changing landscape of the present. I’m interested in how that kind of lived knowledge of place is passed on through stories, a communicative act. That’s what I see is happening in the way from home walks. I can’t predict how someone will respond and where their map or their story will take us. That depends upon their own sensibilities, histories or whatever occurs in that time and place at that moment. In Yodel Rodeo there is a different structure. The line dances and the songs were structuring time with a pre-determined route. But within that there were these gaps where people started to create their own narrative and to have their own experience and the passers by became a part of that. Some young people in a park yelled at me, ‘Go back to America!’ as we were passing by, for instance. All those things become part of the narrative. At one point in Yodel Rodeo one of the audience members said, ‘Come along pilgrims’, joining into the fiction and creating their own version or take on it. They became a performer, as well. That’s something I’m interested in, in all of my work, the participant is performing as much as I am and co-producing the work through their contribution to it. It’s a dialogue.

TW: Yes, I was on that walk and I remember how at one point the line-dancers were dancing in their cowboy hats and boots across a raised footbridge over a major road junction and cars passing below started honking their horns and people in nearby flats were leaning out of their balconies looking at what was happening.

MM: Yes, that was a wonderful moment when someone drove by and yelled
“yee ha” and the circle of the conversation expanded to embrace the city.

TW: You’ve described your work as ‘conversive wayfinding’. Not only is the participant performative, ephemeral, moving, but also there’s usually some element of the social, an exchange, at least two people walking and talking together, elements of improvisation and the unexpected from two or more points of view. It’s always social. You don’t send people off on their own on individual voyages of discovery.

MM: Yes there’s always conversation involved. There’s a lot of interest and discourse around mapping in contemporary art. You were asking earlier about reductiveness and something that’s fixed and that’s something that maps can be, particularly the conventional cartographic map. It’s about points and coordinates. But wayfinding is a more communicable encounter. There is often dialogue or sharing of stories, of directions so that navigation happens through an exchange. There’s a position in the work about identity in this way, a way of looking at identity as a constant negotiation and exchange rather than a fixed position. It’s always happening through dialogue. In documentation of the work I have also created instructions or situations that allow people to pick the work up and do something with it themselves. The locus of the work is in the conversive encounter. 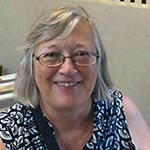 Tracey is Head of Dartington Arts School and Head of Research. She is a fiction and non-fiction writer and also works with text in the vicinity of art.

Tracey was Director of the Arts and Cultural Management programmes at Dartington College of Arts from 2002–2006. She was co-curator of the Edge Biennales in London, Newcastle and in Madrid European Capital of Culture. She was Combined Arts Officer at Arts Council Great Britain and Gallery Publications Officer at the Institute of Contemporary Arts. As an independent curator, she worked with a wide range of international artists including James Turrell, Marina Abramovic, Helen Chadwick and Isaac Julien.

Her books on contemporary art include The Midden (Garret, 2018), Remote Performances in Nature and Architecture (Routledge, 2015) and The Artist’s Body (Phaidon, 2000).

She has published numerous catalogue essays and journal articles on a wide range of contemporary artists including Christian Thompson, James Turrell, Hayley Newman and Marcus Coates. Her recent fiction includes the future fiction, The Water Age (Meanda Books, 2018) and historical fiction, The Drowned Court (Impress, 2017). Her future fiction writing has a particular focus on water. She was shortlisted for the Impress Prize for Fiction and is currently working on a biography of three medieval sisters, entitled Three Female Lords, which received an Authors Foundation grant. She was awarded a Literature Wales Writer’s Bursary and a Santander Research Award. She has undertaken art residencies including Modern Art Oxford; MIT, Cambridge, US; Helsinki International Artists’ Programme, Finland; Maison Daura, Saint Cirq Lapopie, France; Outlandia, Glen Nevis, Scotland and Matadero, Madrid, Spain. She has curated many artists’ projects and residencies, including working with Nomeda and Gediminas Urbonas, Marina Abramovic, Helen Chadwick, Cornelia Parker, London Fieldworks and many more.