As a site of cross-disciplinary learning for almost a century, Dartington has long attracted innovative and ambitious artists and thinkers.

The Arts School’s predecessor, Dartington College of Arts, was recognised nationally and internationally for its radical and inventive approaches to arts pedagogy, embracing practice-based and interdisciplinary research, and prioritising context as a core factor and ‘material’ in art-making processes.

Dartington Arts School draws on this rich international heritage and its extraordinary estate location to provide a dynamic and responsive context for contemporary study. Dartington is a distinctive learning community where students and tutors learn in dialogue with each other and with the place itself. We offer learning on a small, friendly scale with intensity and rigour. As a testbed for enacting new visions and models, Dartington has a uniquely values-driven vitality to offer to its learners. 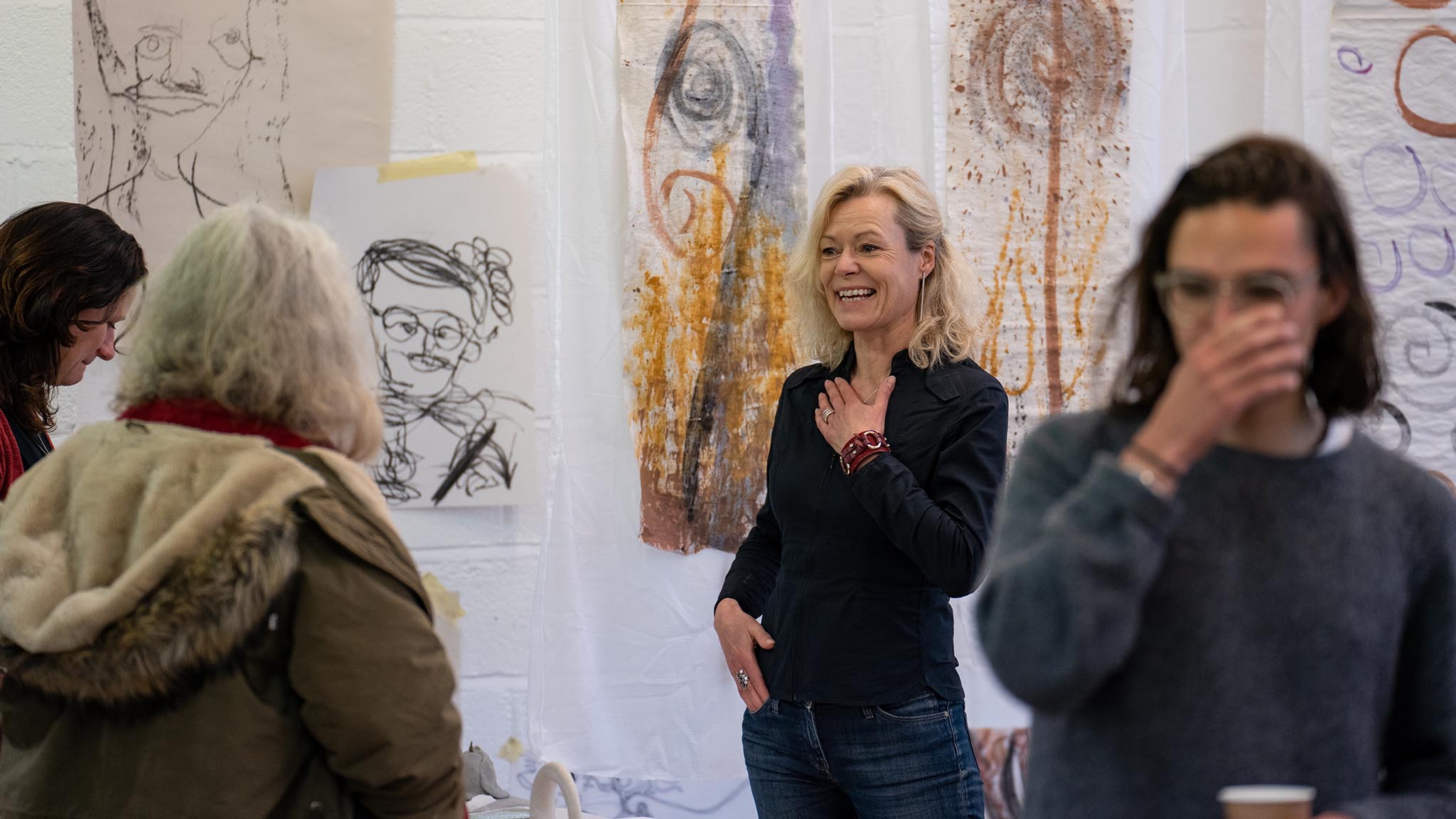 Meet the brilliant academic and professional staff who make the Arts School what it is today.

As a student at the Arts School, you’ll have access to a range of dance, theatre, music and art studios.

History of the College of Arts at Dartington

The modern-day Arts School’s historic predecessor, Dartington College of Arts, was recognised nationally and internationally for its radical and inventive approaches to arts pedagogy, embracing practice-based research and interdisciplinarity, and prioritising context as a core factor and ‘material’ in art-making processes.

Its graduates now work in diverse contexts around the world, many of them respected and influential figures in theatre, dance, live art, writing, music, film, and teaching.

Michael Lane, best know as Conductor of the Dartington Community Choir, in a Dartington Arts production of Herod

Dartington College of Arts was the direct descendant of the Dartington Hall Trust Arts Department created in 1934.

The college began negotiations with the Council for National Academic Awards (CNAA) for degree status in Music (1974), in Theatre (1976), and a DipHE in Art and Design (1976) which became an honours degree in Art in a Social Context (1986).

It received ‘assisted’ status in 1977, this being effective from 1975. In 1989 national funding strategies necessitated that funding of the College be transferred to the PCFC, and on this basis would cease to operate under the Devon County Council ‘assisted’ status.

As a condition of this it was necessary to incorporate the College as an independent charitable company. This was achieved after negotiation with The Dartington Hall Trust, which remained a member with power of appointment.

Severe financial difficulties experienced in 1990 were resolved with the help of The Dartington Hall Trust, but unfortunately this entailed the closure of the Art in a Social Context degree course.

In 1967, the governors convened the inaugural meeting of the Dartington Arts Society (Limited) to take on the task of administering public performances and cultural events programming. This was to relieve College of Arts administrators of some of the administrative duties and budgetary issues associated with providing a vibrant arts culture at Dartington.

Janet Ritterman was appointed Principal in 1990, followed by Kevin Thompson and finally by Andrew Brewerton in 2004, until the college’s relocation to Cornwall and incorporation within Falmouth University.