Meeting the challenge of bringing farmers together 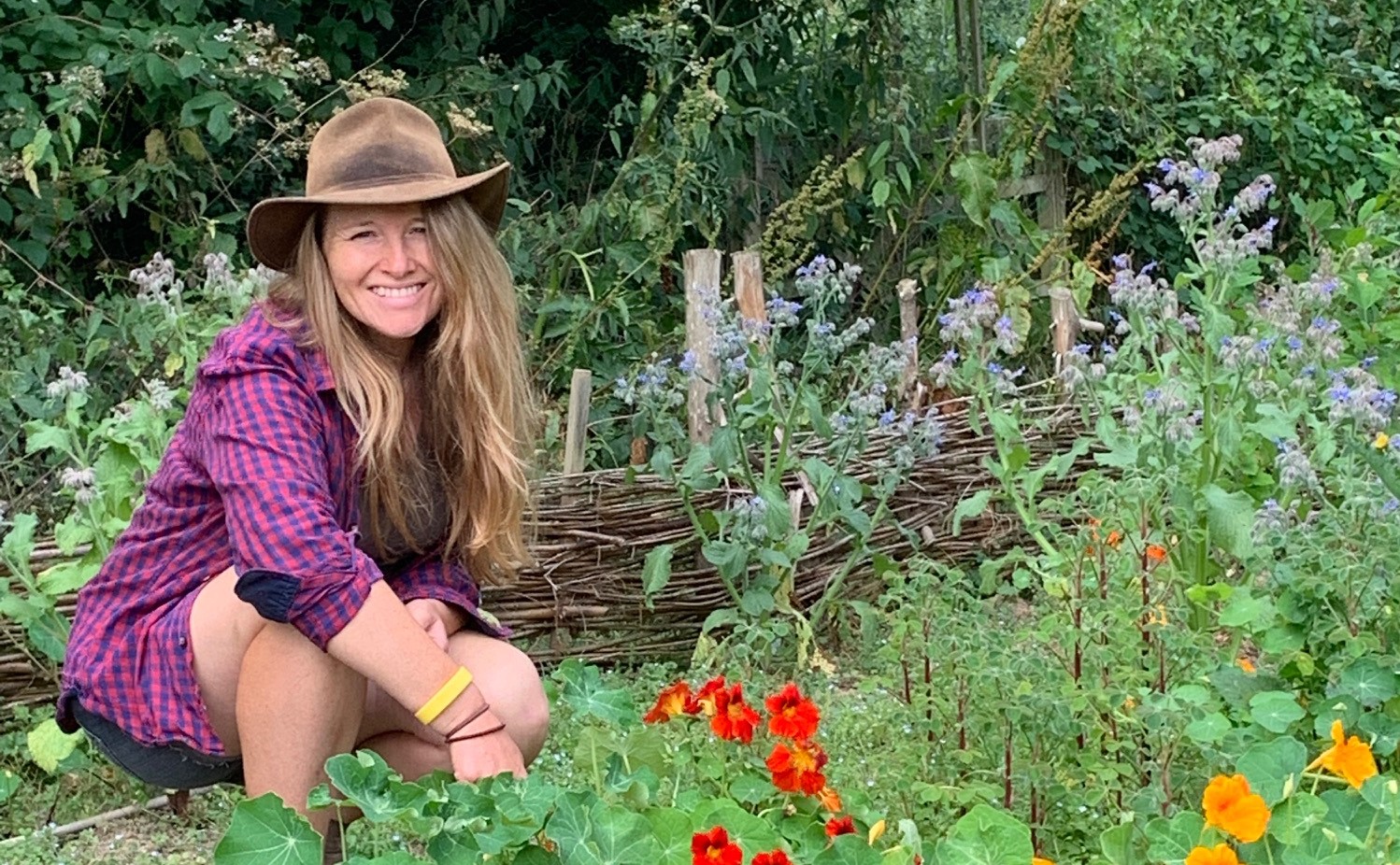 Horticultural intern Emma Stewart picking nasturtiums in Hazelip
BUILDING a bridge between two worlds is how Emma Stewart would like to use her experience at Schumacher College.

She grew up immersed in the world of conventional agriculture on her family’s Scottish dairy farm but now, having studied regenerative growing, Emma, believes her future lies in trying to bring the two approaches closer together.

“Trying to find a way to build bridges between those two worlds is something I feel really passionately about,” she says.

“The rural farming community I come from is a big part of who I am – and I am very proud of it. Wanting to be part of connecting that world to regenerative food and farming is what I’d like to do next.”

Emma has spent the past year as an intern at Schumacher College after taking the six-month horticultural residency programme.  Now, as she nears the end of her post, she has been reflecting on her experience:

“I’ve learned how to slow down.  I’ve realised that paying attention to what’s around us is just as important as all the other daily stuff, for example doing something like celebrating a solstice ritual.

“If I was to look back at me two years ago I was very different.”

After many years of academic study and immersion in policy in the political world, it seems that the simple act of getting her hands dirty has crystallised for Emma where her future path may lead.

She studied politics at Edinburgh University, then a master’s degree in environment and politics at Keele University followed by work for the Green Party and the Transition Town movement.  She also spent time in Russia, teaching in English, lived in Spain in an off-grid community and she has been involved in resettlement work with refugees coming to Scotland.

Her first foot into growing was when she ran a market garden veg-box scheme, near Elgin, in Scotland, which she loved but says, despite being used to hard physical work on the family farm, it was a steep learning curve.

After her studies on the six-month practical residency she now knows a great deal more about growing food, but it has been the other aspects of her College experience that have really made an impact.

“I think being here has really encouraged me to look at things with a different lens – I make space for more of a celebration, connecting to plants, being more observant, paying more attention,” she says.

“But it’s also doing things like the morning meetings because I didn’t think I’d enjoy them, but it’s encouraged me to explore poetry and literature which is something I wouldn’t have expected.

She feels the internship has given her opportunity to follow the college throughout a growing year and has helped cement all her learning.

Now 41, she is looking to start a new project, perhaps with fellow alumni of the college, and with a new-found confidence.

She says she appreciates the differences of the seasons and all that they bring, rather than just seeing them as another job on her to-do list.

“It’s a real launch pad – I think that’s what makes it so inspiring.  I have found kindred spirits here.  I think this is one of the best things I have ever done.”