Dr Sarah Elisa Kelly, lecturer in engaged ecology at Schumacher College blogs with her thoughts on what radical education means for her. 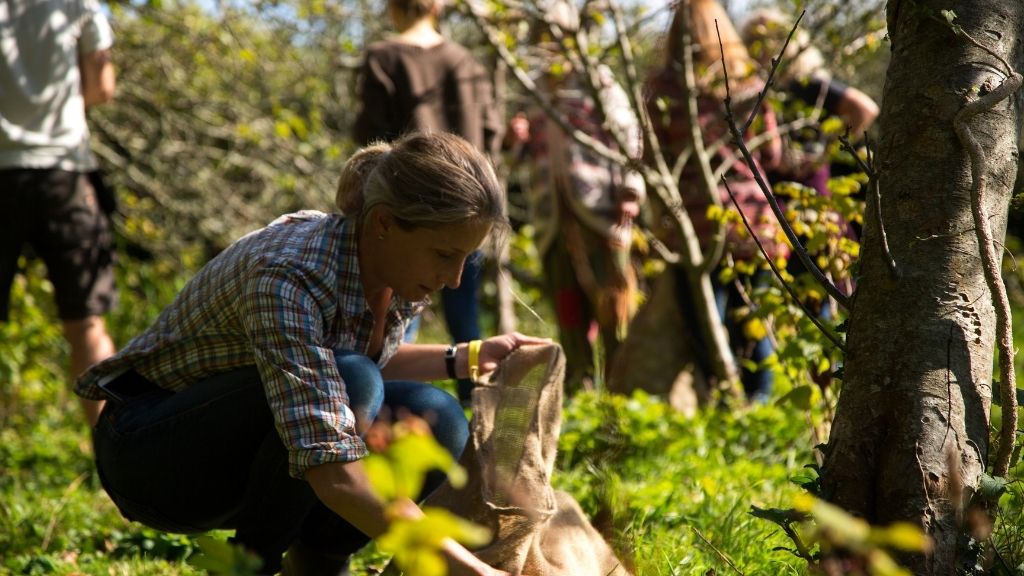 A few years ago, I became fascinated with the word “radical” after writing about an ad campaign in a high-end department store that ran the tagline – “a radical luxury”. At the time I was interested in the ease with which corporate consumer narratives co-opt and greenwash the emotion and language of activist endeavours. This was around the time of Pepsi’s now infamous depiction of harmonious street protest in a TV advert featuring Kendell Jenner, alongside the white-washing and commodification of ideas once rooted in social justice movements, such as “radical self-care” emerging decontextualised, as t-shirt slogans emblazoned with faux gemstones in a high-street fashion store.

It seemed that “radical” was increasingly operating as a kind of vacuous buzzword across genres, a way to make something sound attractive, with an edgy yet thoroughly disingenuous sense of risk. All the real risk of course remains in the lived experiences of those whose bodies are considered valueless and expendable to the entangled infrastructures of colonialism and capitalism — the texture of this, in turn, carried as an imprint upon each and every surface of the products for sale.

The word radical is decidedly hard to pin down or contain, as all my favourite words tend to be. In English language, it stems from the Latin radix which paradoxically points to both the root of a thing, something inherent, at the inner core while also referring to the branches, the extremities, edges and margins. “Radical” conjures affirmative ideas of social and political transform, alongside more complex and often troubling images such as those linked to religious fundamentalism and exclusionary feminisms.

It feels important to remember that at any given time what appears to be “radical” is also always context dependant. Frequently, while some elements of a radical project might be deeply transformative, other parts of the same equation can simultaneously remain under examined, particularly those which power and privilege obscure. As uncomfortable as this inevitably feels, both truths perhaps always exist side by side.

Given all this, if the prospect of “radical education” has a tendency to sound exciting or glamorous, big and shiny or new and profound, I find increasingly that my interests lie in the smaller, sometimes quieter acts of everyday commitment — navigating this ongoing relationship between roots and branches alongside the tricky task of attempting to hold both “the planetary and the intimate” (to borrow the words of Astrida Neimanis) together in two all-too-human hands.

If I were asked to draw up a manifesto for what a subversive learning environment means for me today (and my companions at the college would rightly have different versions of this) it might begin to look something like the following:

This said, it wouldn’t be set out as a manifesto in the spirit of declaration or proclamation. Rather one that seeped into things like a cloud in the cracks, taking up residence in the walls, crossing hallways, lingering outside doors, and settling into the chairs that we sit upon, hanging above our conversations, infiltrating the air we exchange as we breathe. Above all, it would be a manifesto-in-process, seeking accountability, amendment, dialogue and adaptation.

Alongside the idea of a radical education then, perhaps all this speaks to my desire for a “resilient” one, something that might eventually become transformative primarily through its capacity to stay response-able to the ongoing responsibilities of our times.

This blog was written by Dr Sarah Elisa Kelly, lecturer on the Engaged Ecology programme at Schumacher College.