Students at Schumacher College marked the end of Pride month (June) with a series of socially distanced events and activities on the Dartington Estate.

Pride is about LGBTQ+ communities around the world coming together in celebration, protest and solidarity. 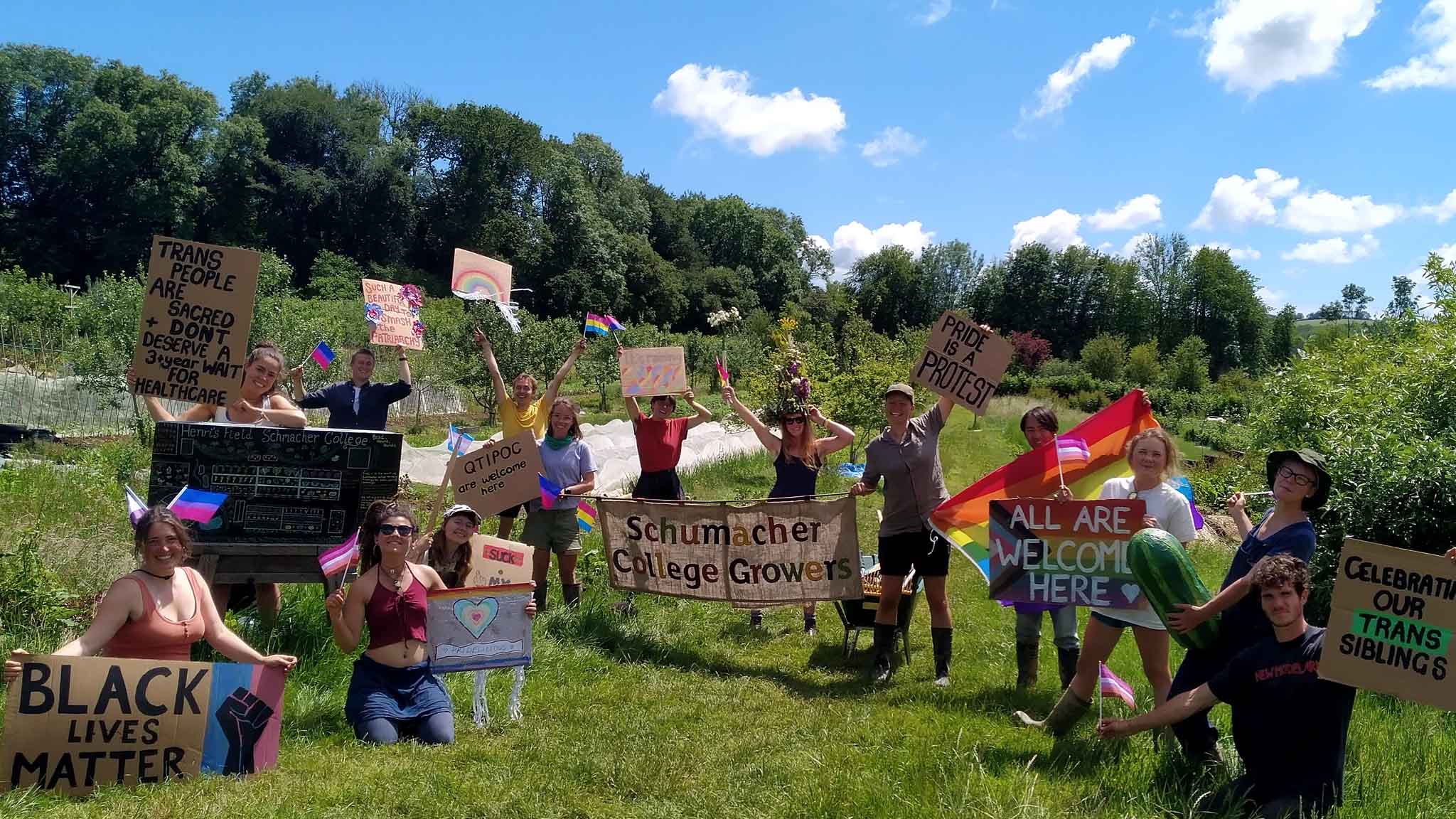 The students organised craft events, a screening of the film Disclosure, which examines Hollywood’s depiction of transgender people and its impact on our culture, as well as a fireside chat: Tending the Queer Fire.

Queer is a self-affirming umbrella term, often used by people within the lesbian, gay, bisexual and transgender community.

The celebrations culminated with a parade from the College grounds up to the medieval Dartington Hall, which flew the Pride flag. Revellers said it was in recognition of all the queer folks that had gone before them and those in the future. This was followed by a party with lip sync battle and catwalk competition.

Chess, a grower intern for the College, said their experience was affirming for visibility and creating opportunities for learning:

“There can be a sense that in the British rural countryside, and particularly in heteronormative spiritual spaces (the notion that there are only two genders and two sexual orientations), that queerness is a part of ourselves that is hidden.

“It felt refreshing and affirming to be able to parade in the Dartington Gardens and around the estate with people being unapologetically themselves and a sense of strong ally support.

“We received many cheers and support from the unsuspecting people using the Dartington Estate who got a bright, colourful, joyful yet passionate and meaningful interruption to their day.

“Thank you for all the support. And we hope this protest, awareness-building and celebration, will continue for years to come,” said Chess (they/them pronouns).

They said it was important that events, such as the fireside chat, were an opportunity for queer folks and allies to share their experiences, share their histories and allow everyone the chance to be heard.

“There was an appetite to continue these conversations and maintain an active queer presence at Schumacher College to let students to come know that they are welcome here,” they added.

Pride parades started over 50 years ago to protest about riots that took place at a bar in New York, in America, in 1969, which led to the creation of the modern LGBT+ rights movement.

Chess said there was still a lot of work to do for rights for LGBT+ folks, rights that many cisgender people (those who identify with the same gender they were assigned at birth) and heterosexual people take for granted.