All of us at Schumacher College are saddened to hear of the death of a dear friend and mentor, James Lovelock, the originator of the Gaia hypothesis, later the Gaia theory, who passed away peacefully at home with his family on the 26 July 2022 – his birthday. 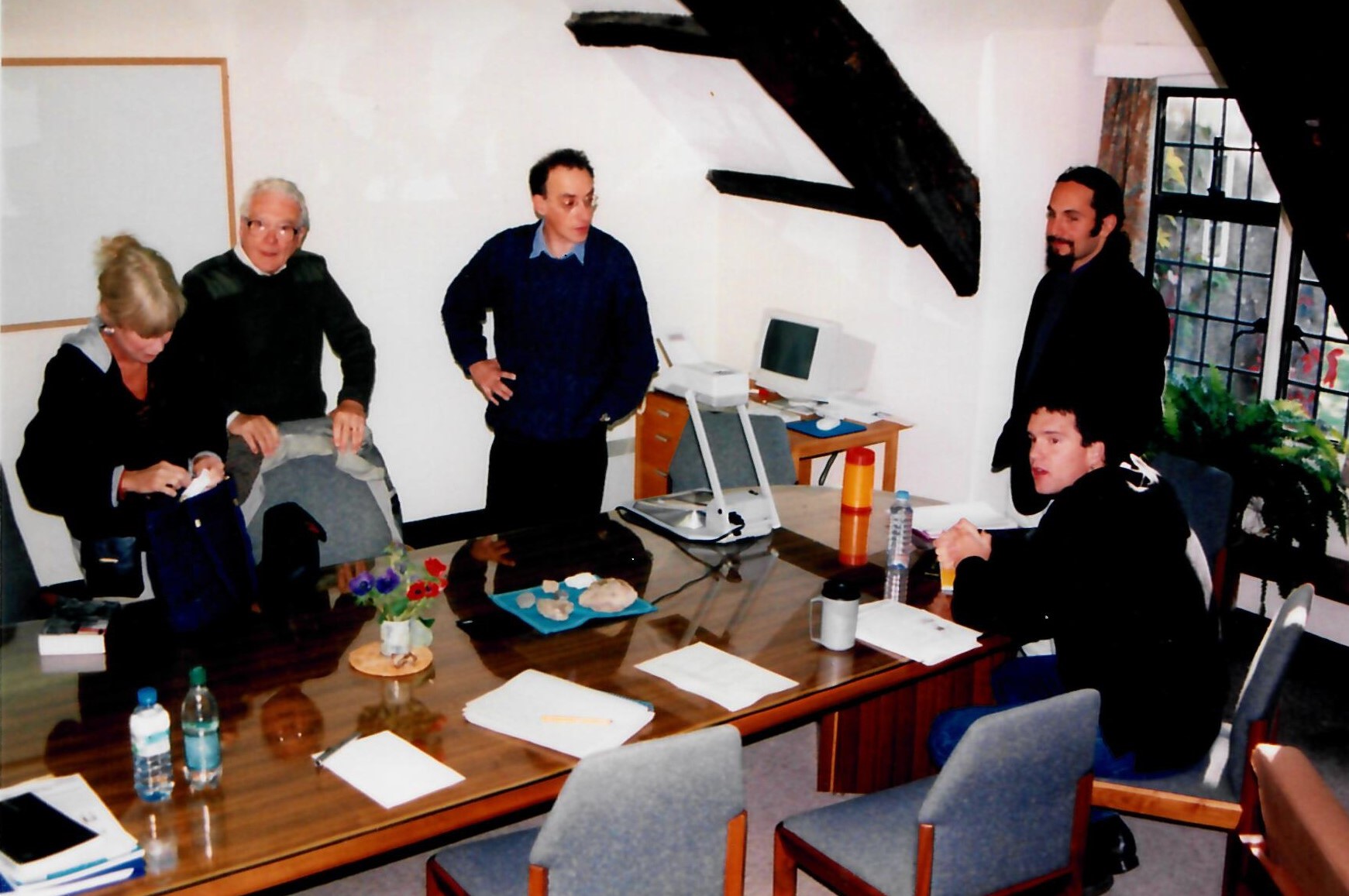 James Lovelock (2nd from left) with his wife Sandy (left), Stephan Harding (middle) and MSc Holistic Science students in the MSc teaching room at the Old Postern in 2000.

We remember James Lovelock fondly at Schumacher College as the lead teacher on the very first course at the College (which was on Gaia) in January 1991. He was originally invited here by his friend, Satish Kumar, and went on to work as a guest teacher here for eleven years running on the MSc in Holistic Science which I coordinated for almost two decades.

I first met Lovelock on that very first course on Gaia housed at the Old Postern, the home of Schumacher College. We hit it off immediately and went for several long walks on the estate discussing Gaia as both science and myth. Being a scientific ecologist, I soon realised that my role at Schumacher College was to teach Gaia and also to help further the science of Gaia. This led to a scientific collaboration with Lovelock over several years during which I would go to his remote laboratory-cum-home deep in the Devon/Cornwall countryside where we would work on his famous Daisyworld model of a Gaian self-regulating planet. Doing Gaia science with him was like being taken to the top of mount Everest on the clearest of days and looking out on a vast panorama of snowy peaks undulating away majestically into the far blue distance.

There is no doubt that Lovelock was one of the most important scientists of all time. He was the first to realise that our planet is a gigantic self-regulating complex system that has maintained its surface conditions within the narrow limits favourable for life over vast spans of time because of a multitude of feedbacks between living organisms, rocks, atmosphere and waters. This is his Gaia Theory, which led him to issue many warnings over the years about the dangers of human-caused climate change and biodiversity destruction that have mostly been ignored along with similar warnings from other eminent scientists. His Gaia idea faced fierce criticism from evolutionary biologists, in particular when he first proposed it in 1972, but Lovelock’s Gaian science approach is slowly gaining ground and has revolutionised our understanding of the importance of living organisms (including ourselves) for determining our planet’s climate.

I think it is fair to say that Gaia in all her manifestations (in the arts, science, psychology, economics, design, food growing and more) is at the very core of the work we do at Schumacher College and at Dartington, and that we feel deeply grateful to James Lovelock for the great foundational inspiration and insight he gave us in those early days and beyond. There could have been no better way to start  the College than Gaia with James Lovelock and no better idea to inspire all that we do here right up to the present day. All of us at Schumacher College feel the deepest gratitude for Jim’s long life and for his profound legacy. We send our deepest condolences to his family. 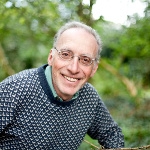 Stephan holds a doctorate in behavioural ecology from the University of Oxford. He has been involved in ecological field research in Zimbabwe, Venezuela and Costa Rica, where he was Visiting Professor in Wildlife Management at the National University.

In 1990 Stephan became one of the founding members of Schumacher College where he worked closely with James Lovelock, with whom he has maintained a long-lasting friendship and scientific collaboration. As a result of this, they were jointly appointed as founding chair holders of the Arne Naess Chair in Global Justice and the Environment at the University of Oslo.

Stephan led and lectured on the college’s MSc Holistic Science for nearly two decades, teaching on the core models of the programme, as well as on several short courses at the College. At Schumacher College Stephan has taught alongside many of the world’s leading ecological thinkers and activists, including Arne Naess, Fritjof Capra, Brian Goodwin, Vandana Shiva, David Abram, James Lovelock and Lynn Margulis. He is now Deep Ecology Research Fellow at Schumacher College, where his interests are the intersects between scientific ecology (especially Gaia theory) and the world of psyche and soul.

He plays classical guitar and the Venezuelan cuatro and loves to speak Spanish, his native tongue.
Stephan is author of Animate Earth: Science, Intuition and Gaia, as well as Gaia Alchemy and Poems of Lorca: Courting the Dawn, translated with Martin Shaw.