A medieval parsonage in Devon, once home to the half-brother of Richard II and also to the celebrated botanist William Keble Martin, is among the latest buildings to be added to annual Heritage at Risk Register.

The 15th century Old Postern, which now forms part of the Schumacher College campus, an international centre for ecological studies on the Dartington Hall estate, was forced to close last year due to safety concerns around the roof.

The Heritage At Risk Register provides a snapshot of the health of England’s most valued historic places and identifies those which are at risk of being lost due to due to decay or damage. 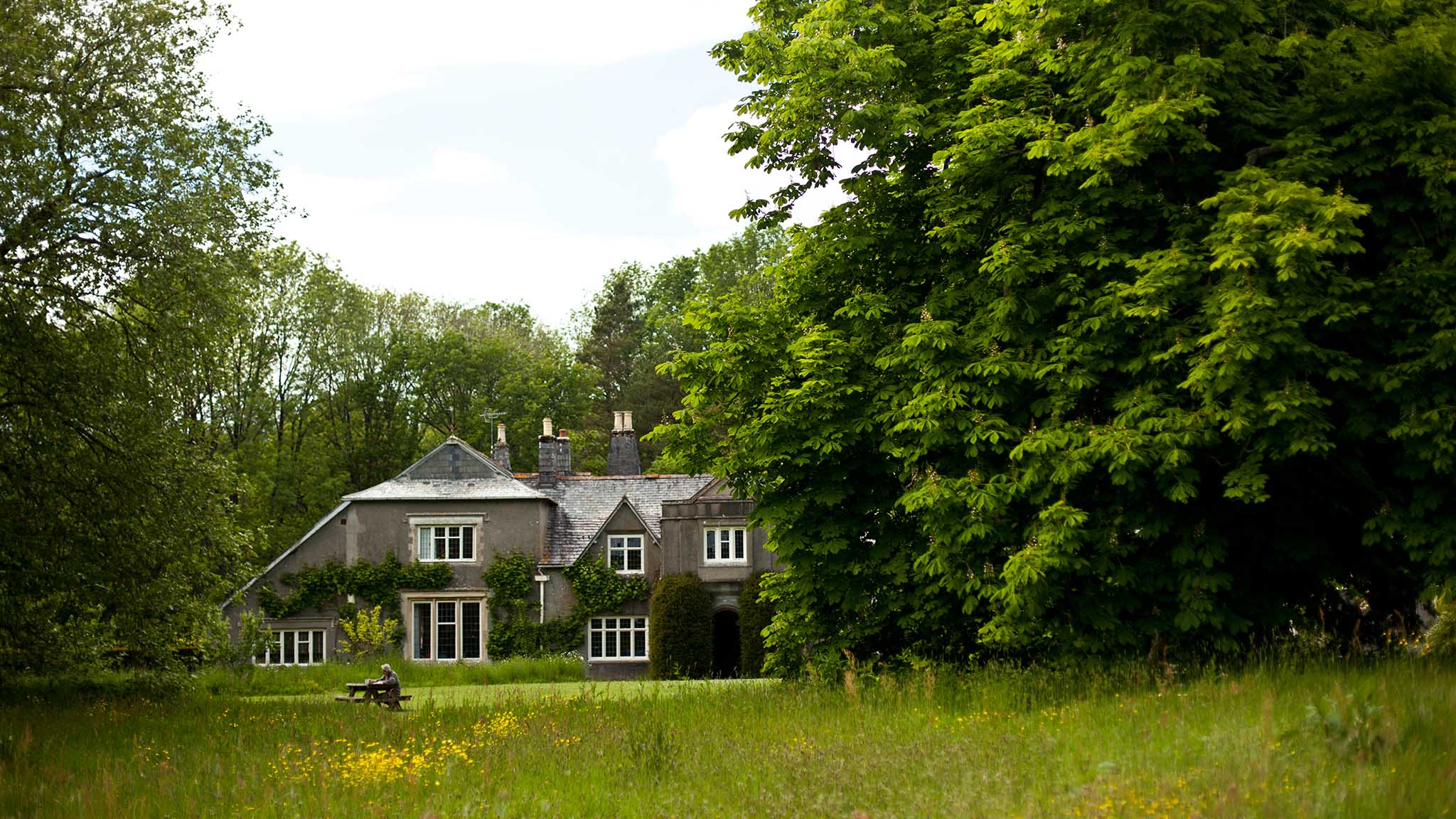 Earlier this year Schumacher College was given a gift of £2million from an anonymous donor and Mark Taylor, Director of Ecology for the Dartington Hall Trust, said the project team are working closely with Historic England and South Hams District Council and looking forward to starting repairs very soon. “We realise that we are in a very fortunate position, unlike many other organisations, that have valuable and beautiful buildings, in that we have the money to repair the roof.

“We will shortly be launching a fundraising campaign to fund internal repair and improvements to the building as well as Campus development so that in 2021 the expanding Schumacher community can return to a fully restored home.

“What’s particularly exciting for us – as educators who value traditional trades – is that we are also in a position to use this opportunity to train a new generation of craftspeople through this project.”

In addition there will be opportunities for students and members of the public to understand more about traditional slate work in the context of a ‘live’ project. It is hoped that as many of the materials as possible used in the project will be sourced locally.

Mr Taylor added: “We’re delighted that the historic value of the building has been acknowledged by the Heritage At Risk Register.  Preserving the character and the atmosphere of this building is important to us, particularly as we have so many international students who really appreciate it.

“For them the opportunity to study somewhere as special as this is a big part of their experience.”

The Old Postern was originally a medieval hall house, owned by John Holand (corr), half-brother to Richard II who was responsible for going to Luxembourg to get Richard’s new queen, Anne of Bohemia.

Toward the latter end of the 19C it was home to William Keble Martin, author of the iconic Concise British Flora in Colour, who made it his life’s work to paint and document every wildflower in the British Isles.

He spent part of his youth at the Old Parsonage and it is believed he painted his first flowers for the book after finding them on the Dartington Hall estate.

After falling into disrepair it was bought, as part of the whole estate, by Dorothy and Leonard Elmhirst in 1925, and became the base for their “English Experiment”, a place for progressive learning and arts.

According to Historic England, over the last year 62 historic buildings and sites have been saved, largely due to finding imaginative uses for the community to provide new homes, shops, offices and cultural venues for the local community to enjoy.

Rebecca Barrett, Regional Director at Historic England South West, said: “The message is clear – investing in and celebrating our heritage pays. It helps to transform the places where we live, work and visit, creating successful and distinctive places for us and for future generations to enjoy.

“There are buildings still on the Heritage at Risk Register that are capable of being brought back into meaningful use and generating an income, contributing to the local community and economy.

“These are the homes, shops, offices and cultural venues of the future, as the Melville Building in Plymouth’s Royal William Yard shows.”