“How we produce our food is our greatest form of agency over our future.” 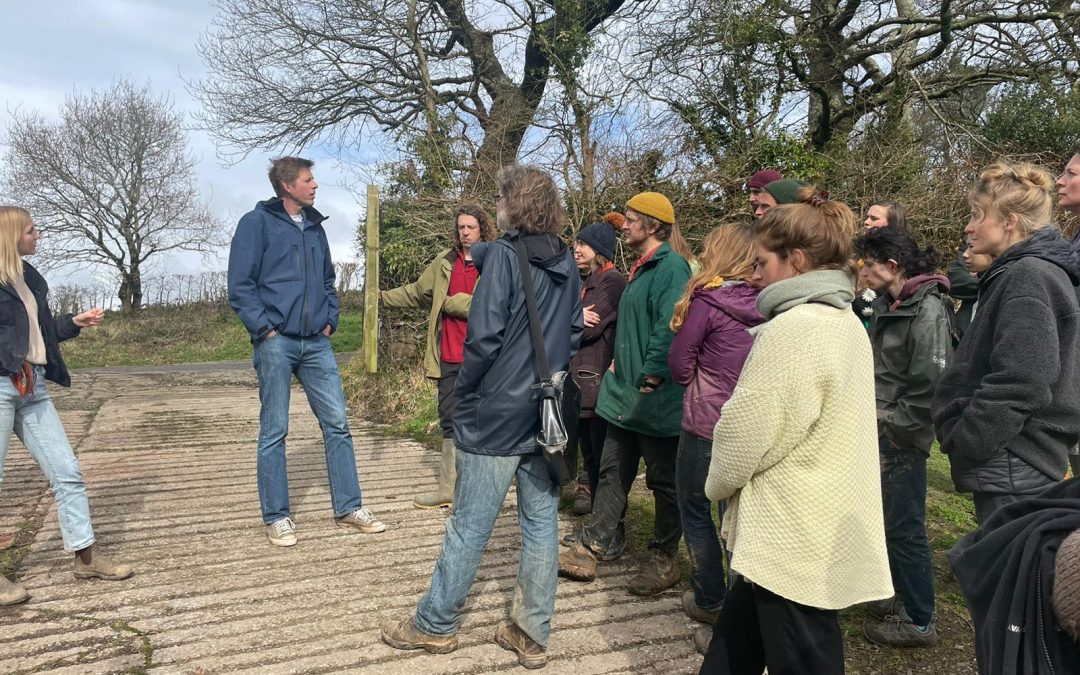 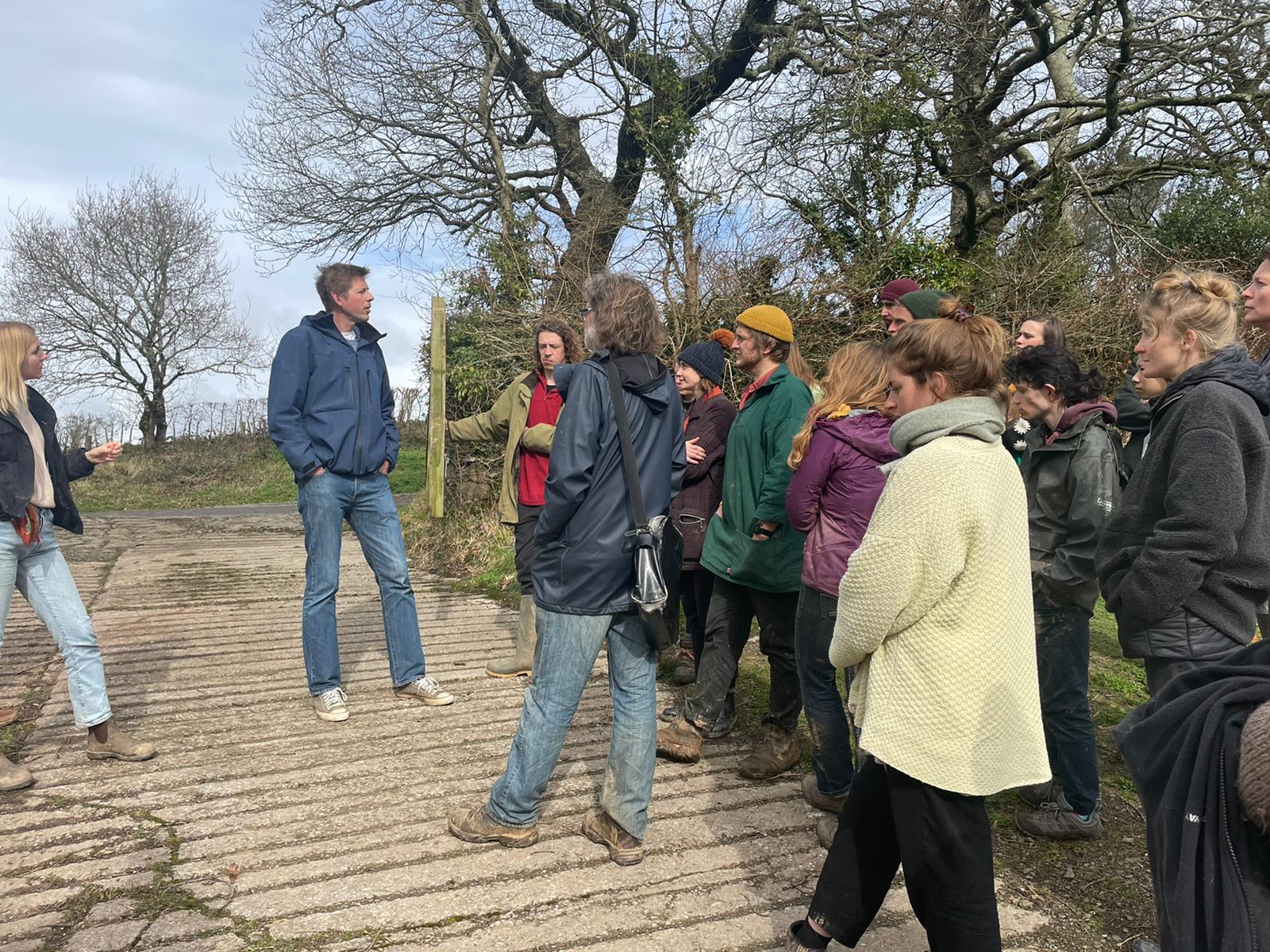 In a quest for self-sufficiency and changing the way we eat, Andy Cato left behind a successful music career and bought a farm in the south west of France. Having spent the last 10 years transforming the soil on his farm and learning about regenerative farming through making lots of mistakes, he has taken up the lease on a 750 acre National Trust farm in Wiltshire, bringing his knowledge with him to try to change the way we produce food.

Last week, Andy joined our Regenerative Food & Farming students to talk about his experiences and find out what we do at Dartington, including our agroforestry techniques.

He shared his learnings, which included spending a week in Pennsylvania with the Amish to learn their approaches with horse drawn equipment which he then used on his own land. More recently his experimentation has focused on combining diverse plant families as a way to heal and support a fully functioning soil microbiome.

“I learnt a lot through reading and experimenting.” He shared. “I have been lucky to work with extremely resourceful people. There is nothing more important than changing the way we grow our food and the way we treat our soil. So many of our existential problems stem from there.’

When asked what he would say to someone who has never done farming before who wanted to get into it he said: “Above all, just to do it. It’s obviously more complex than that but growing on any scale is a great way to start. I was enormously privileged in that I was being paid well to play music and I could use that money to take risks on the farm. Land prices in the UK make it very difficult to get started. But as Dartington shows there are new ways of collaborating between landowners and growers which, combined with new ways of growing, will hopefully open up farming to a far wider range of people.”

“Having farming as an aspirational thing is such an important message to get out there. Someone was saying recently that when you go to the school careers officer and they say ‘your grades are really good and we think you might be smart enough to be a farmer’ – when that conversation happens we’ll know we’ve got somewhere. I wish there had been a course like this (Regen Food & Farming) available when I started out as it would have saved me an awful lot of mistakes. A lot of the many things I’ve got wrong were unnecessary. It’s also a lot about having a community of people to tap into, to work together to problem solve and pool experience, that is amazing.

“If we want a liveable planet then regenerative farming is our only choice. We are running out of ecological road. Roughly 70 per cent of the UK is farmland, that farmland is reengineered twice a year in spring and autumn, so what an amazing opportunity to change our environment for the better. And the one big takeaway from everything that I went through in France is that from such unpromising beginnings soil-wise, you give nature half a chance and it comes roaring back at a speed which is astonishing.”

Andy is passionate about trying to make a change in the way food is grown, sold and consumed: “We need a market for food which, rather than being measured in tonnes, is measured in nutritional quality and the quality of the eco system in which it was grown. And we’re trying hard to do that, but the challenge is doing that whilst also being at a price that can be in the shops everyone visits.”

His final advice to students and to everyone is: “If you’re worried about climate change, the single greatest way you can act is through your food choices.”