“One Song” Kadir Karababa’s Museum of the Home installation

We are delighted to report that recent Dartington graduate Kadir Karababa has a video installation called “One Song” on at the Museum of the Home until February 2023. Commissioned by Counterpoints Arts with funding from Hackney Council’s Shoreditch and Hoxton Art Fund, the work is about how songs are carried across borders and continents and yet remain firmly rooted in the places they were first sung. 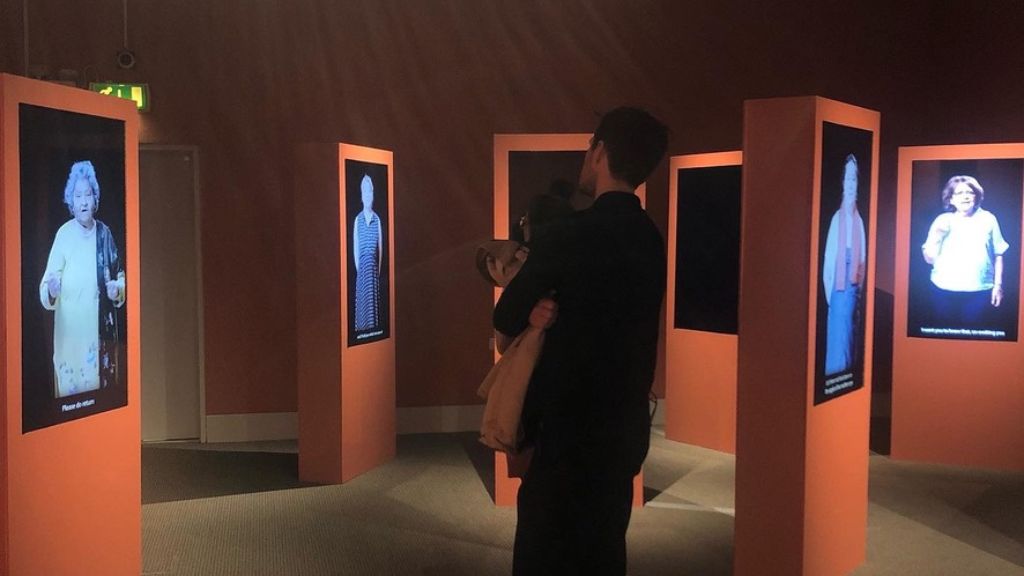 “One Song” at the Museum of the Home, Hackney. Image credit: Jo Joelson

Kadir, who took on our MA Arts and Place last year, has brought together recordings of 15 women singing songs that they associate with their former home, sometimes acapella sometimes alone, sometimes overlapping in a chorus of voices. The result is a profoundly moving, soulful experience, which invites audiences to reflect on the tensions between migration and redefinitions of the idea of home through the universality of song.

“So it’s about place and it’s about memory,” said Kadir, “and of course it’s about migration and movement. It’s also about giving voice to migrant women, where, perhaps, or at least in my experience, my own family experience and the communities that I live in, women aren’t necessarily always heard in the public realm. Often it’s men that are leading businesses or out to work and that you interact with. But I wanted to give voice to those women where perhaps they wouldn’t have had an opportunity to tell their stories before.”

Dartington Audio Unit · Kadir Karababa on his Museum of the Home installation "One Song"
Inspired by his family story of migration from Eastern Turkey to London, Kadir worked with women across Hackney who had moved to the UK, workshopping within the community and with voice coaching from Ellen Murial, and then filming the outcomes with fellow Dartington graduate Tyler Freeman Smith. The films are brought together on eight screens that appear like monoliths in the space through which the audience moves and interacts, and the recorded voices are heard in various combinations, drifting in and out on an audio loop.

“They intertwine and overlap, and there are a couple of moments where everyone’s singing together, and in those moments you’d expect it to be incredibly dissonant and kind of clashing. But actually, when you’re stood in the middle of it, and other people have said this to me as well, which is really great, you do experience it as one song remarkably. Even though they’re all singing different languages at different tempos, it does combine into this sort of harmonious and quite rich sound, which is yeah, really lovely. That wasn’t my intention. It was a risk – I didn’t know whether that was actually work out until we put all the screens in the space and switched them on. So we were really lucky.”

While the piece was initially conceived some years ago, we asked Kadir to reflect on how his practice changed as a result of studying on the MA Arts and place last year. “What I really developed and strengthened through the course and the residences that I did was my confidence in owning a label which previously I had been a bit uncomfortable with, and that was that of the socially engaged artist. It can be seen in some quarters of the art world as being a kind of lesser form of art. And I guess, going out and doing the residencies in the places I went to, and working with the people that I did it just gave me confidence to kind of reassert, really, why I make type of work that I do. Because I am interested in people, and I am interested in places, and I am interested in real life experiences. And if that makes me a socially engaged artist then that’s great.”

“One Song” is on at the Museum of the Home in Hackney until 5 February 2023. Find out more and explore some of the work online via this link.

Kadir as a former student at Dartington where he studied on the MA Arts and Place in 2021. Find out more about how we are bringing back radical, experimental and socially-engaged arts education via the button below. 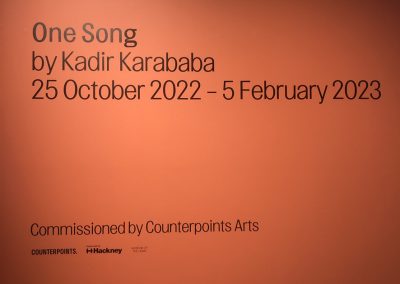 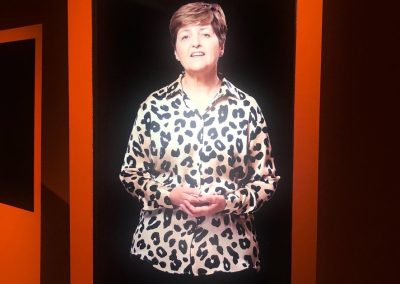 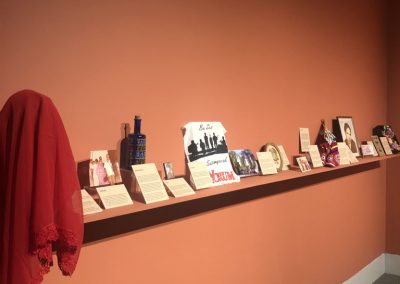 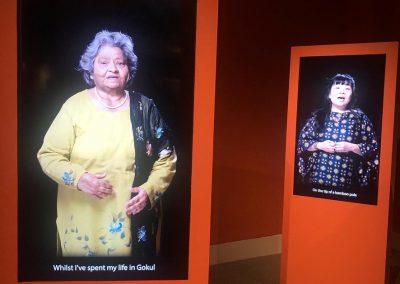